The Resistance is Going Local

As a Michigan native, I’m so proud to be here in Detroit for the Women’s Convention for three days of organizer soul-food: powerful forums, workshops, and strategy sessions to build the intersectional movement we need for a more just future.

The convention comes just over nine months after the historic Women’s March on Washington, when about three million Americans took to the streets after Trump’s inauguration. And if the energy in the enormous convention hall today was any indication — grassroots momentum (consistently led by women) isn’t slowing down.

Women, femmes, and allies from all backgrounds converged today in the Motor City, united by a common belief: women in leadership are a fundamental grassroots force for change. While the programming on Day 1 was chock-full of diverse content — a common thread ran through the panels, breakouts, and even the best sound bites: local power reigns.

Local organizers kicked off the day with a powerful opening plenary, which acknowledged the indigenous land we stand on and Detroit’s local fights for justice. In a rousing welcome, Women’s March co-founder Tamika Mallory asked the room, “I want to know, “I want to know, when the movement goes from 5 million people to 5 people in your home, will you stay?” 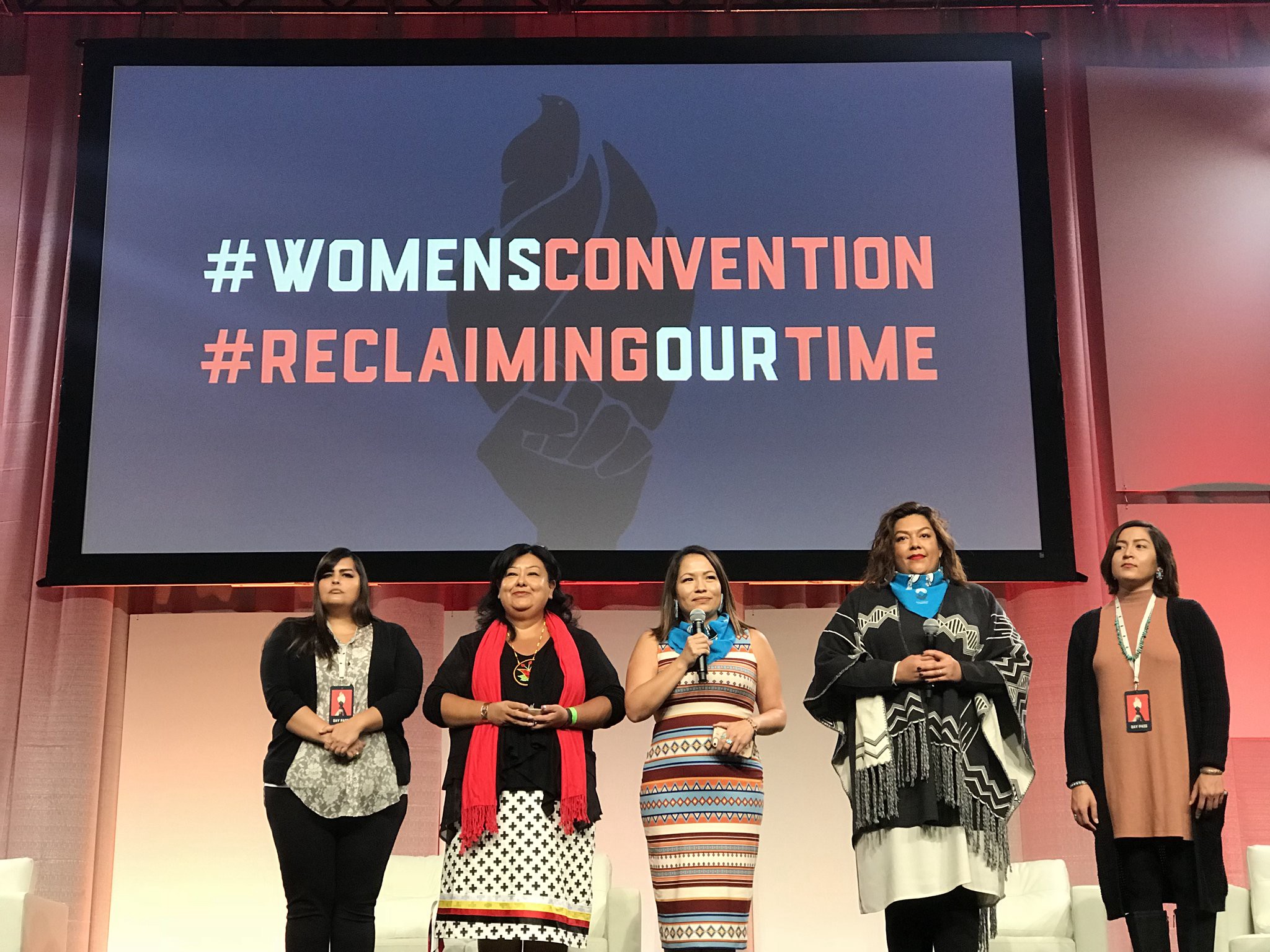 The day’s breakout sessions followed suit, with training on how to create successful neighborhood groups, build state and local coalitions, and work within your own community to challenge white feminism. Even the elaborate art installations that fill the atrium features local artists.

And the event tagline — we are the leaders we have been waiting for — reminds us of the power we hold within ourselves.

The movement is going local. Those of us in the business of equipping the movement with the tools it needs to succeed should take note.

For it’s part, New/Mode has developed some of the most advanced, localized databases of elected officials on the market. If we’re going to influence local issues and politicians, we need our supporters to be able to reach them. We also need to lift up the voices of those who most need to be heard, through things like Letters to the Editor in local papers. And we need to ensure our content reflects the priorities of our supporters. Learn more on how to crowdsource content from those most affected in this piece.

Need campaign tools for your organizing, or have suggestions for how we can support local advocacy? Get in touch with us!

As one talented organizer put it today, “When they go low, we go local.”

Meredith is a New/Mode Campaign Strategist, focused on US Networks. She is a seasoned campaign director and organizer, who is passionate about social justice and movement building. With New/Mode, Meredith is focused on connecting US campaigners with proven tools and strategies and empower their supporters online, shape public decisions and win their campaigns.