In December 2018, Ontarians received a big lump of coal in the form of $1 billion in proposed cuts to the public education budget. The provincial government's jarring proposal hinted at the cancellation of full-day Kindergarten, removing the caps on class sizes from Kindergarten to Grade 3, increasing average class sizes for all grades, and deep cuts to the supports and services that vulnerable communities and learners need the most.

Now, the Elementary Teachers' Federation of Ontario (ETFO) is fighting back, with strong support from educators, parents and students across the province.

Reaching, connecting with and engaging a broader public audience is often a challenge for labour and member-based organizations. Recognizing that futures are at-risk, the Elementary Teachers' Federation of Ontario needed to build a strong collective voice to oppose harmful budget and program cuts. 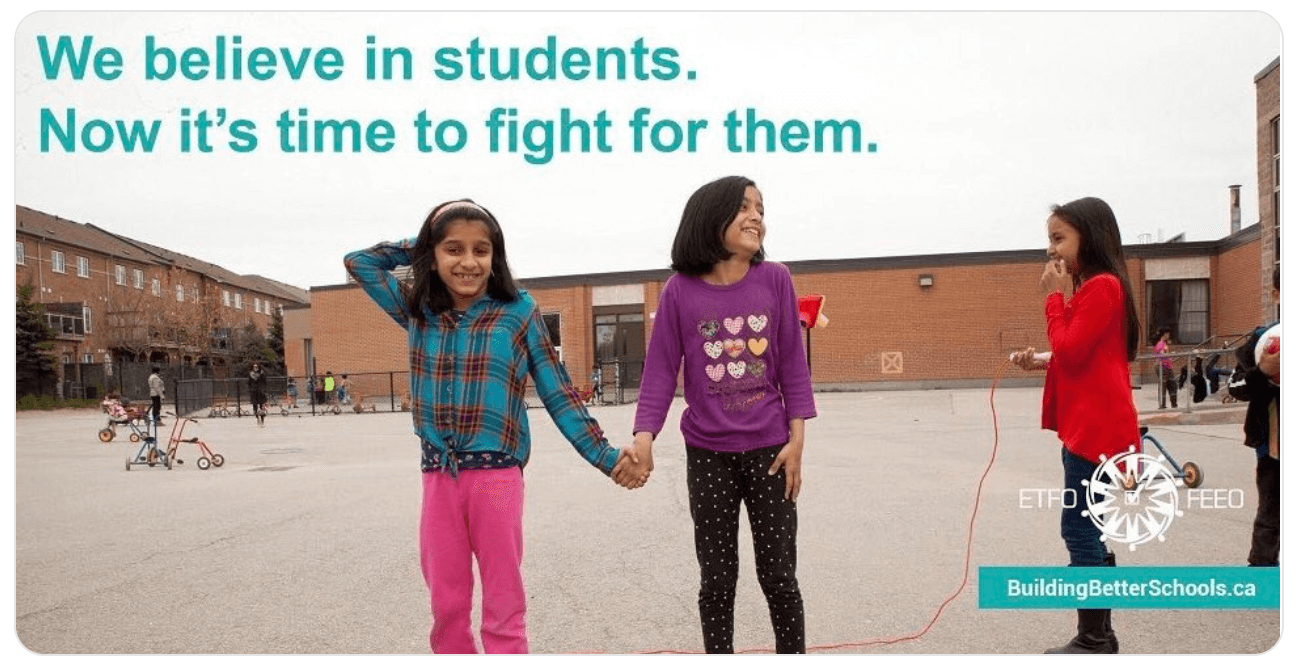 The Building Better Schools campaign embraces a Full Spectrum Engagement strategy, inviting concerned educators, parents, caregivers and students to email or call Members of Provincial Parliament and the Minister of Education, and complete a number of other public actions.

Pro Tip: With a simple code-snippet installed, New/Mode tools can be quickly added to any NationBuilder page at the Tag level.

The Elementary Teachers' Federation of Ontario took the added step of having a custom theme developed for their action pages, to best reflect the approachable and people-centred brand for the Building Better Schools campaign, and to stand separately from their own Federation members-focused brand. This stylesheet was easily applied to the New/Mode platform, so all action forms are consistently displayed.

One of the five key principles of engagement is to "be accessible", which means meeting supporters where they are, providing a menu of action-taker options, and including a diversity of mediums and voices to make sure no one is left behind.

These low-barrier actions, paired with New/Mode's deep engagement tools (inviting supporters to call and email decision-makers) were pieces of a well designed engagement pyramid that helped the campaign move passive observers and followers into active contributor and leader roles.

As of March 13, 2019, over 90,800 people have contacted their MPPs and the Minister of Education to "Say No! To Larger Classes".  Hundreds of thousands have added their voice to save Full Day Kindergarten, and the government has softly confirmed "full day learning" will stay in place. Public pressure is mounting to a tipping-point and an announcement from the Minister of Education is imminent.